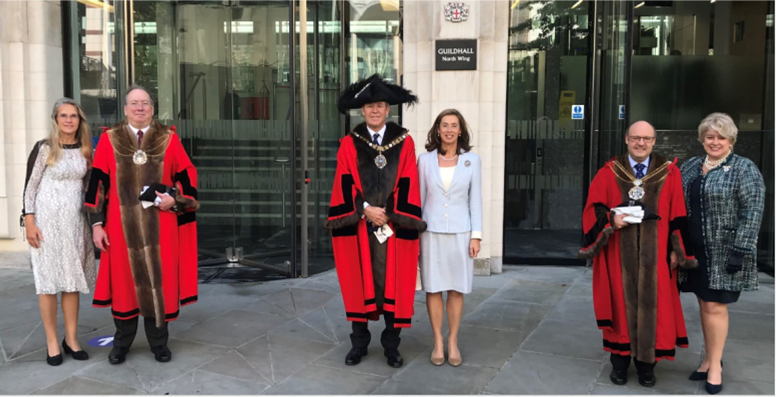 These are extra-ordinary times, and yesterday at a somewhat less populated Common Hall than usual, the Lord Mayor was re-elected for a second term.

Afterwards, the Lord Mayor asked that his thanks be conveyed to all the Livery following his election for a second term of office.

He went on to say “The understanding of the Livery, particularly in relation to the special arrangements this year, is very much appreciated.”

The City of London said “Lord Mayor is grateful for the support he has received and he and the Lady Mayoress are looking forward to working closely with the Livery throughout his extended Mayoralty”.

The picture shows The Lord Mayor, The Lady Mayoress and the Sheriffs, together with their wives, outside Guildhall following Common Hall.