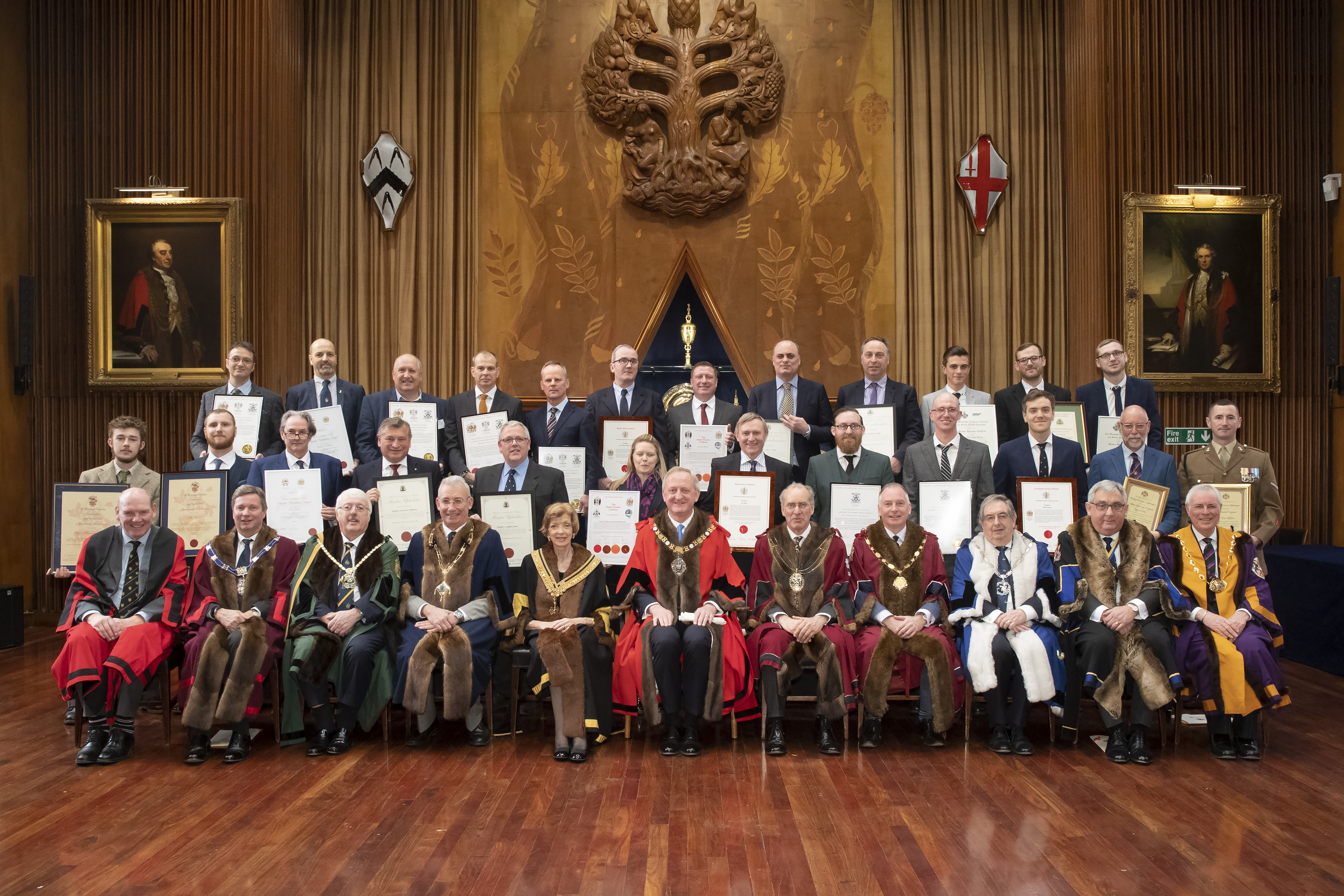 On the 11th March, Alec Curtis and Max Cotterill of Hudson Stonework, the stonemasons at Hereford Cathedral, attended The Master Certificate Awards Ceremony at Carpenters’ Hall in London to receive their Worshipful Company of Constructors Journeyman and Apprentice Certificates from the Lord Mayor Alderman Peter Estlin and Junior Warden Terry Withers of the WCC.  These awards recognise excellent progress and skills in their chosen field, a commitment to keeping alive a traditional craft and a passion for the sympathetic restoration of our historic stone buildings and landmarks.

Alec Curtis approached Hudson Stonework Ltd for an apprenticeship in 2012.  He completed his NVQ Level 3 at Bath College. They have both enjoyed 1-1 tuition on-site and in The Masons’ Yard at Hereford Cathedral, from Simon Hudson of Hudson Stonework Ltd and have had the opportunity to learn all aspects of stonemasonry including banker work, intricately designed tracery and letter cutting.  On-site projects have included Hereford Cathedral, the historic St Bartholomew’s Church in Much Marcle and other churches and tombs in the Diocese.

Doug Barrat, a member of the Hereford Cathedral congregation and a Past Master of the Worshipful Company of Constructors, has been very encouraging of both Alec and Max, and they have each received a grant from The Livery, that has enhanced their apprenticeship experience and skills.   Of particular note, Alec carved a new stone cross for the Cathedral’s Booth Porch, an intricate finial on the corner of a pinnacle on the tower and since January 2018 has been working on The Palace of Westminster.  Max has recently designed and carved a roundel for The Prince of Wales which has found it’s place at Highgrove.

The Worshipful Company of Constructors respond to the City of London’s cry to “Save the Planet”.