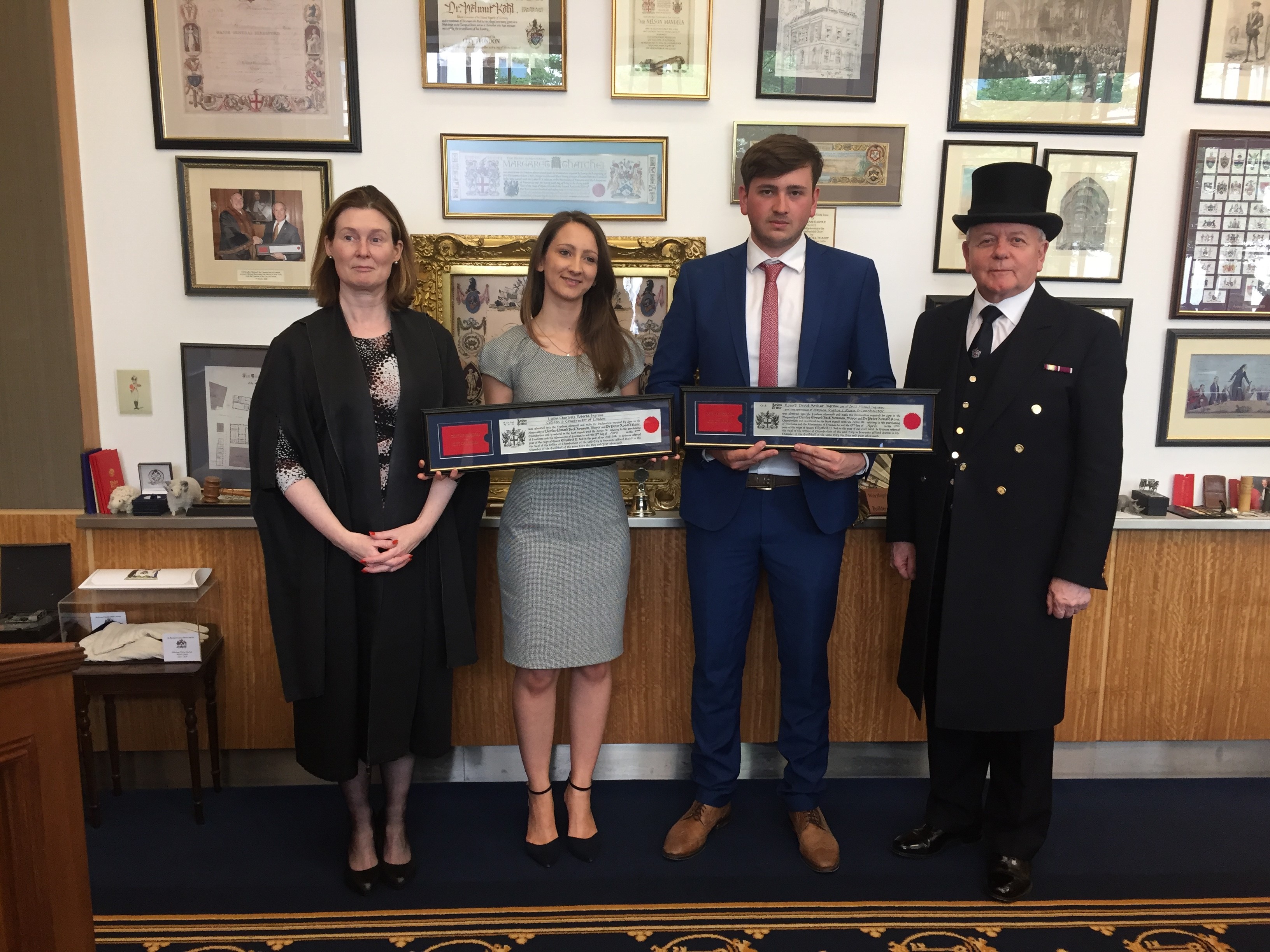 Freemen Lydia Walpole and Robert Ingram are siblings who received their Freedom of the City of London on 23rd  April.  Unusually, the Freedom of the City of London was conferred in a joint ceremony.  Lydia was formerly Past Master Dr Christine Rigden’s Apprentice in the Company, and Robert was an Apprentice under Past Master Stephen Rigden.  Both are Civil Engineers with Costain.

On Thursday, 6th September the weather dawned bright and clear and the Master and Clerk took…

On a sunny Saturday in July (July 6) in Brighton, the Company joined with the…