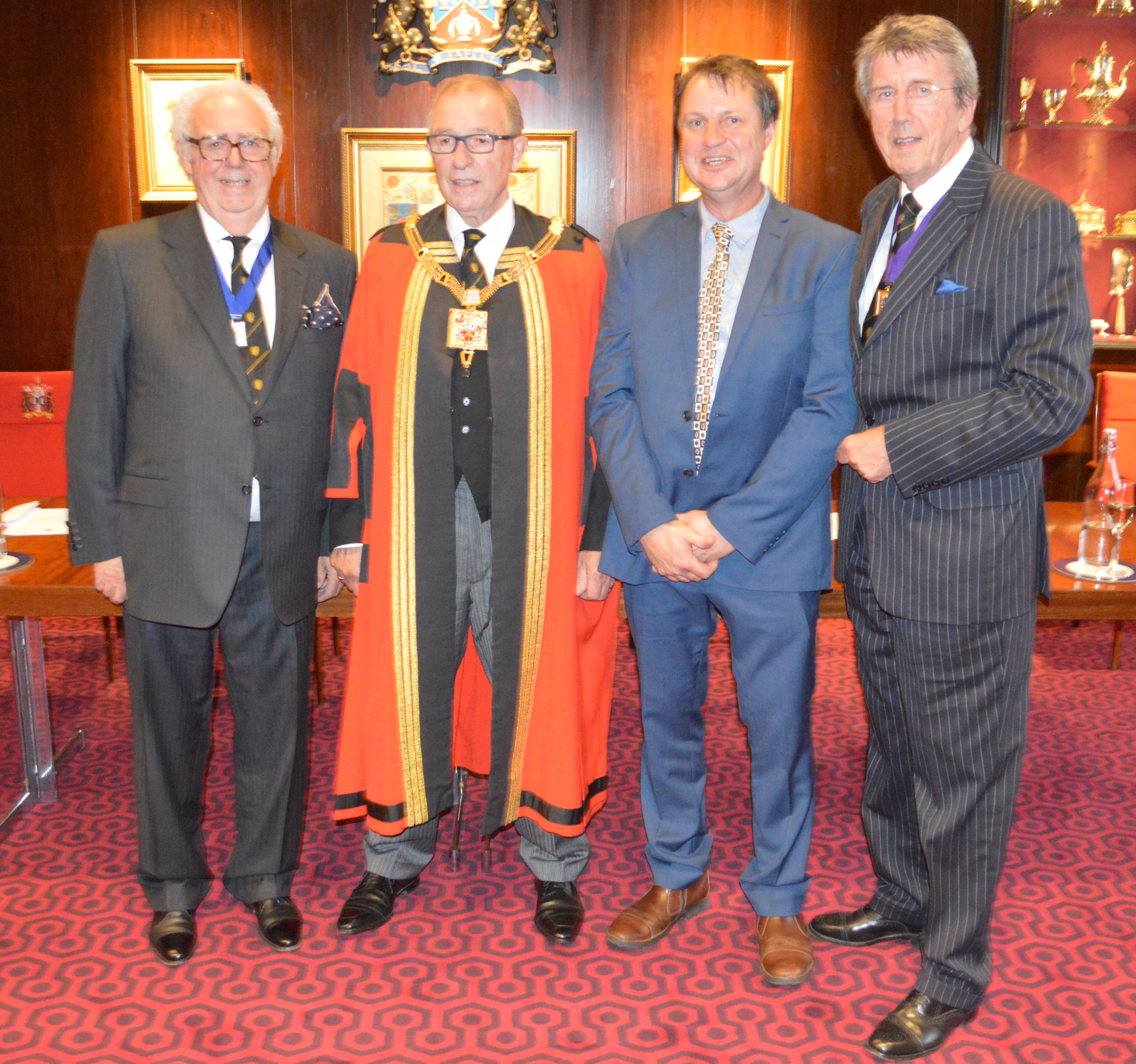 The Worshipful Company of Constructors’ Charitable Trust supports many good causes within the construction industry, and at the recent Common Hall meeting they invited one of the recipients of their support to address the assembled company.  Past Master Doug Barrat, one of the Trustees of the Charitable Trust, writes:

“Simon Hudson, Chief Stonemason at Hereford Cathedral talked about his own personal background in this ancient craft trade and about the two stonemason apprentices that the Company had helped support over the last four years.

Simon spoke with great conviction and passion about his early beginnings as a stonemason apprentice himself. Leaving school at fifteen, admitting that he was not very academic and wondering what he might do as a job. His mother however had visited the local stonemason and asked if they would take him on. “You’re starting work on Monday morning she told him, I’ve fixed you up with a job – tea boy and sweeper up. If you do that well they might let you loose with a mallet and chisel at some time”

He fell in love with the profession and over the years became very skilled. He now has the never ending task of maintaining one of the Countries most magnificent Cathedrals.

The Charitable Trust has had a very successful relationship with Salisbury Cathedral in supporting craft apprentice work, and based on that experience was able to offer help to Hereford Cathedral Stonemason apprentice Alex   Curtis, some four years ago. Alex proved to be an outstanding craftsman and qualified as top apprentice at Bath College that he attended two days a week, he also won a number of awards for his work. Alex is now working on the Palace of Westminster. Max Cotterill is the current apprentice that we are supporting, he is in the final year of his training and is also proving to be an outstanding young craftsman. He was recently commissioned to undertake a piece of work for the Prince of Wales which will be placed in the garden at Highgrove.

The photograph shows Simon, who was accompanied by his wife Beth with the Master, Ken Kent Chairman of the Charitable Trust, and PM Doug Barrat Trustee of the CT.

Simon completed his talk by thanking the Company and the Charitable Trust their help and support and made an open invitation to members of the Company to visit the Stonemasons Yard at in Hereford at any time.”

Covid-19 and the Construction Industry

We are now approaching the end of Tony's year as Master and, as he says,…