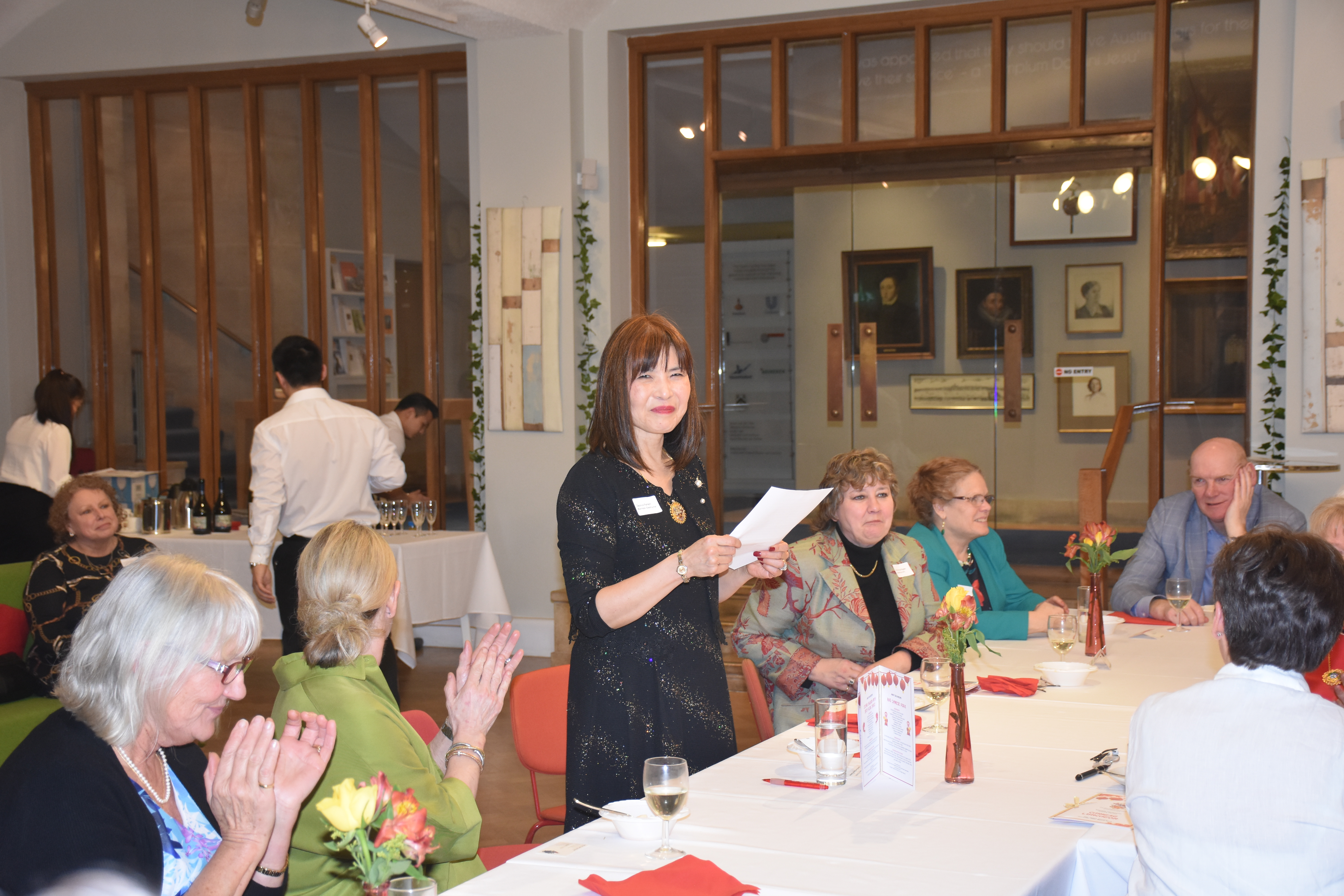 On 28th March the Mistress Constructor organised an highly enjoyable and instructive demonstration of Chinese Cookery which was followed by a buffet lunch that was prepared by the demonstrator – Master Chef Andy Chu. 14 members of the Company, their wives/partners and friends joined several Consorts of the Masters of other Livery Companies, and the wife of Sheriff Vincent Keaveny, at the Dutch Church in Austin Friars.

A most enjoyable time was had by all.

There were several reasons why there was such a Chinese flavour to one of our events, not only does the Mistress have Chinese roots, but this year is the Chinese year of the Pig.  As the Master’s declared aims for the year are to improve diversity amongst the company and to further international relations, the Mistress’s event ticked all the boxes. Chef Chu is one of Bournemouth and Pool Colleges best known catering graduates whose knowledge of Chinese food is second to none and is a leading advocate of Chinese culture in the South of England. He is also chairman of the Dragon of the South School , helping to promote the cultural diversity of China and he’s built a reputation as an entertainer and demonstrator in the fine art of Chinese Cooking.  Chef Chu’s demonstration was both entertaining and informative. At the start of the event, the Master introduced Chef Chu and explained that the menu was based on the Livery, albeit somewhat loosely. Indeed, as the Master went on to explain, he had looked at the several Companies who were represented at the event and had taken note of their Company’s position on the order of precedence. Then, using the menu from his favoured Chinese Take-Away The Master had converted those numbers into the dishes that were prepared by Chef Chu and enjoyed by all.