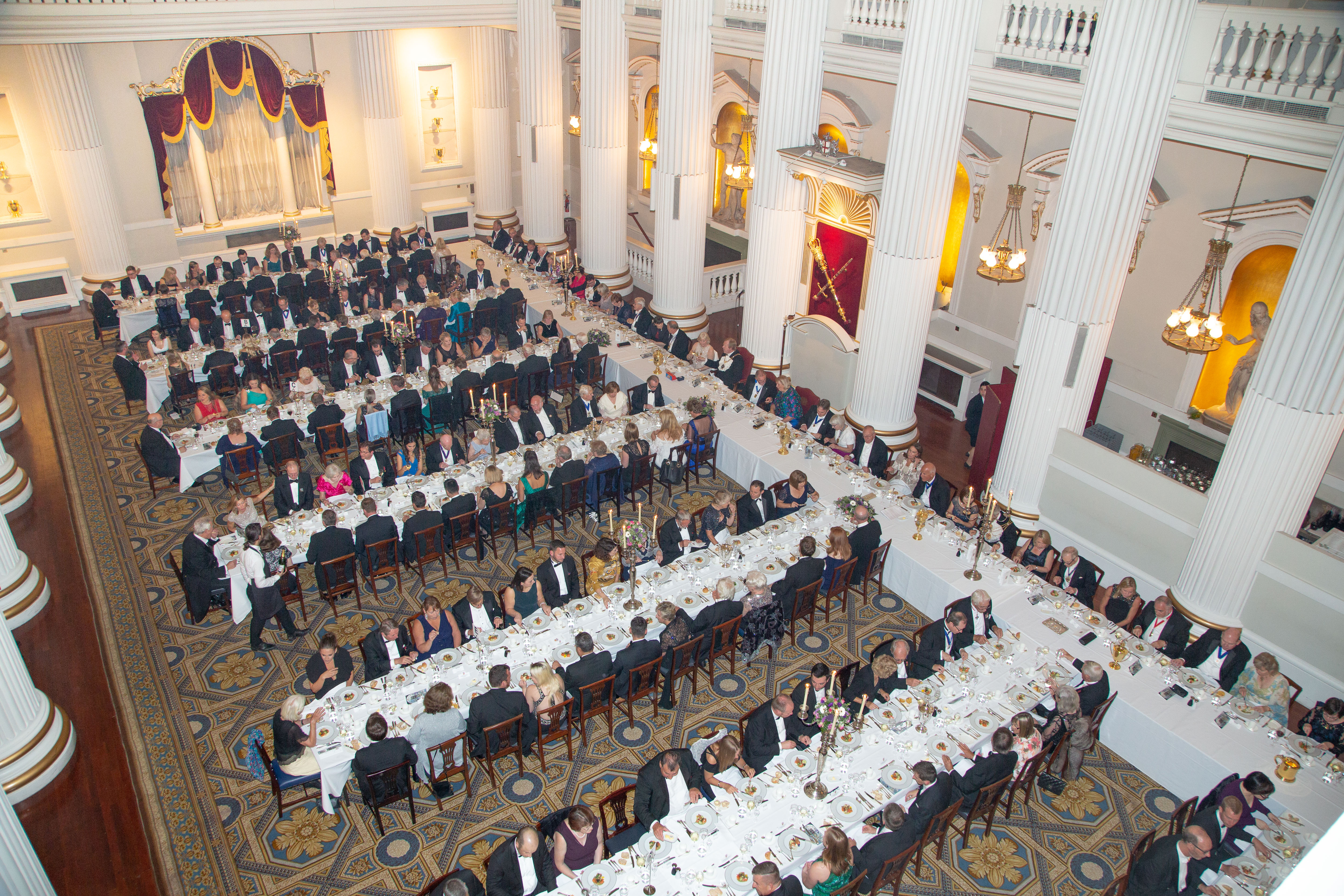 By kind permission of The Lord Mayor, our Sir Christopher Wren Banquet was held on 7 June 2018 in the Egyptian Room of the Mansion House, the home of the Lord Mayor of London.

Over 200 were present to celebrate with our partners’, guests, and 10 visiting Livery Masters, our annual summer Banquet. The Master and Official Guests at the Sir Cristopher Wren Banquet

The Lord Mayor had graciously consented to us taking over his ‘house’ for the evening, but was away in Chicago on Mayoral duties, and the Civic Party was led by The Lord Mayor Locum Tenens, Sir David Wootton. with his wife Lady Liz Wootton.  Sheriff Tim Hailes, and his Consort Fiona Adler, together with Sheriff Neil Redcliffe and his wife Emma were also in attendance.

A fantastic evening was had (by all accounts!) with Musical entertainment by Steve Fletcher and his London Banqueting Ensemble, who also accompanied (without rehearsal!) our very own SIDS scholar Anna Koukoullis, who, to great acclaim, sang two sensational soprano opera numbers.

The evening was rounded off with two speeches from the top table, and a very lively stirrup cup.

Well done to the speakers for ‘finishing early’ enabling a decent time for the ‘cup’!