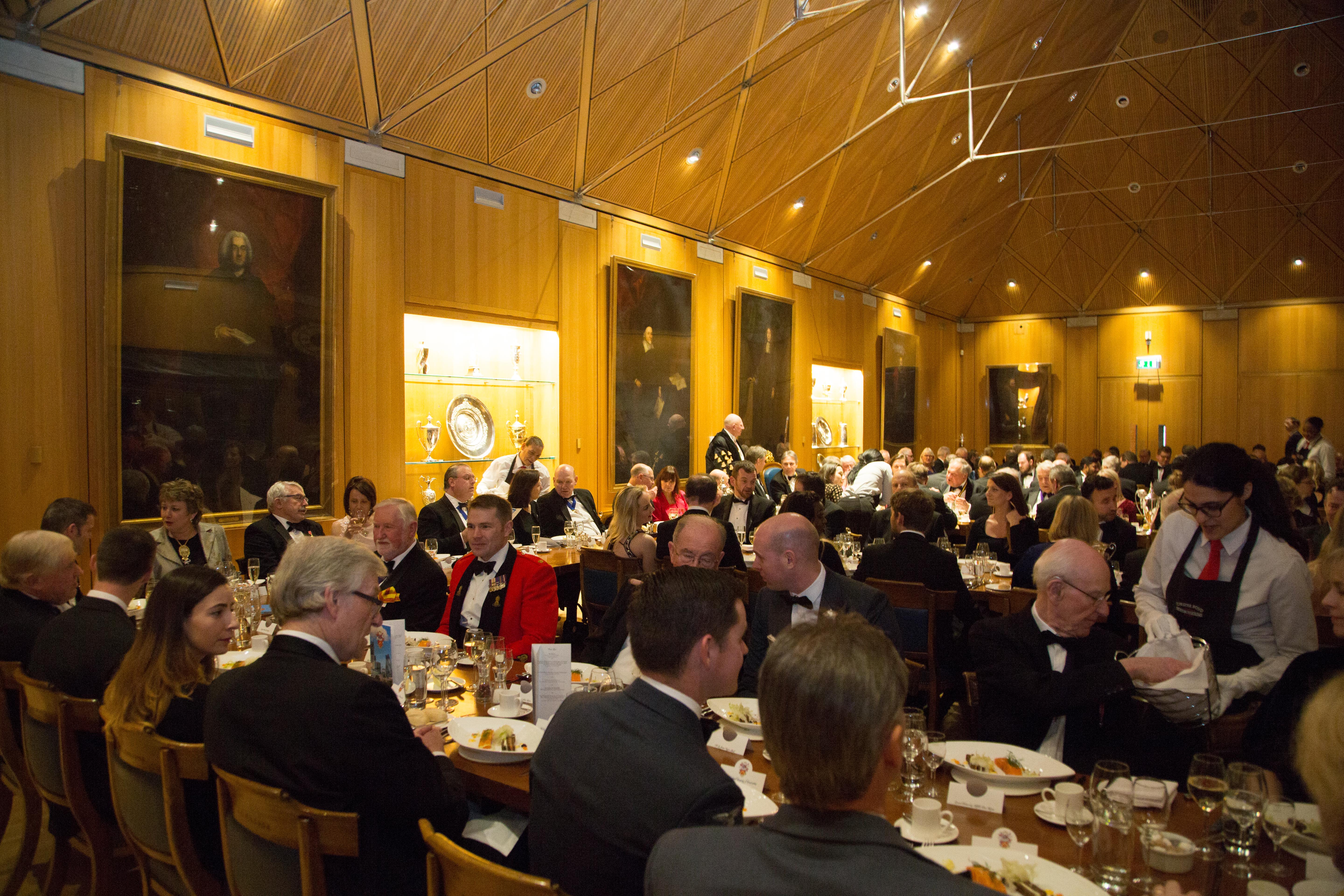 The Livery & Awards Dinner was held at the splendid and modern Haberdashers’ Hall on 13 February 2019.  It was attended by 126 members and their personal guests together with 23 official guests.

The Livery & Awards Dinner is the annual occasion where the Company acknowledges the recipients of our scholarships and our Military Affiliates and other awards.  This year we adopted a slightly different format for the evening.  There was no traditional introductory speech, but the guests and new members were invited to take wine with the Master during the course of the meal, thereby allowing a little more time for the post prandial stirrup cup.

As well as being very pleased to welcome our Livery guests we were also delighted to welcome our military and academic award winners.  This year, like last year, our Royal Navy Affiliate, HMS Lancaster, was undergoing a full refit, so the prize was instead donated to RN and RM Charities and received by Captain Darren Houston RN, the Captain, Surface Ships, Portsmouth.

All in all, a memorable evening was had by all and congratulations are due to all our prize winners, who are pictured below: Daniel Kilford receives the Constructors Prize from the Master

Rosalie Hollands receives the David Tong Cup from the Master