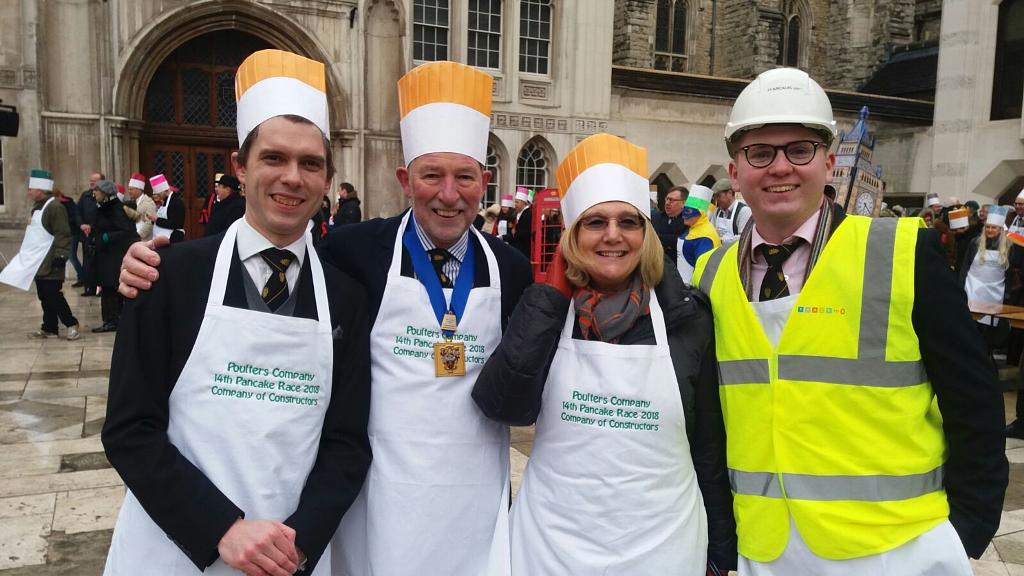 The Worshipful Company of Constructors fielded an eminent team of “Tossers” for this year’s Inter-Livery pancake races in Guildhall Yard.  The event was organised by the Worshipful Company of Poulters (Good Eggs all!) and despite some early inclement weather, which caused late changes to the event due to health and safety concerns, a good time was had by all.

The Constructors team is pictured above in full Pancake Tossing rig.  It consisted of (left to right) Liveryman Chris Turner, the Master (Tony Ward),  Liveryman Jane Wright (our prescribed lady team member) and Apprentice Edd Hornby.  Senior Steward Roger Lilley was the team co-ordinator.  We didn’t win anything, but all the team members tossed well even though they were not required to race because of the slippery condition in Guildhall Yard and despite the bitterly cold conditions.

Even though we didn’t win we may well be looking for “Tossers” for next year, so if you are interested do let the Senior Warden know – he will be delighted!

The Worshipful Company of Constructors attend the Lord Mayor’s Show