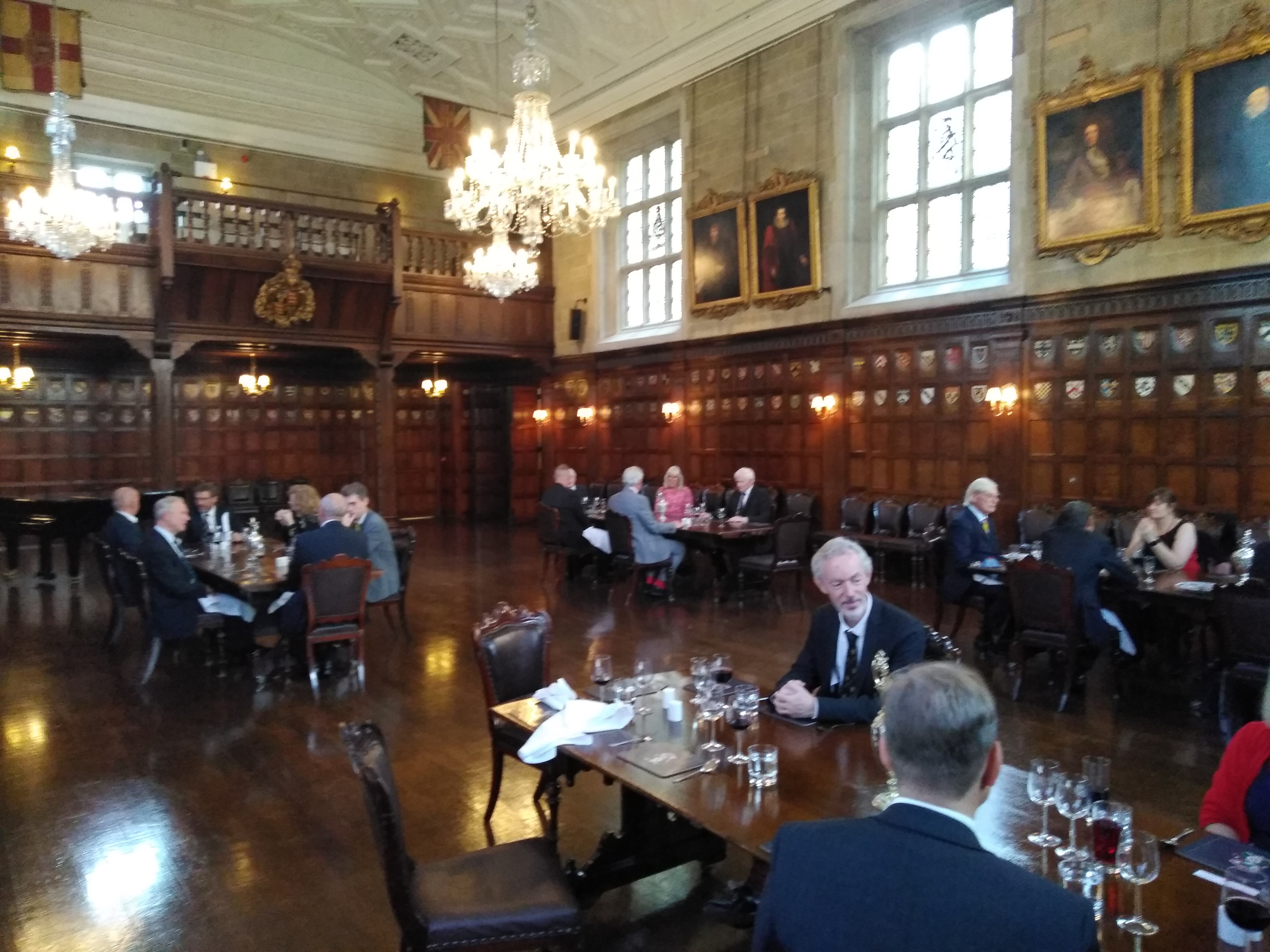 On 5 October we were very glad to return to being able to hold one of our, by now, “routine” Ironmongers’ Hall Lunches.  True, it was nowhere near the same as previously, since the imposition of Covid-19 regulations meant that the lunch had to be compliant with the current regulations and that all diners were socially distanced and not on tables of more than six.  They were also as socially distanced as possible within each table.

24 members and guests (the maximum capacity of the Hall) took advantage of the occasion.  By all accounts everyone was pleased not only to return to at least some semblance of normality, but also with the effort put in by the Hall staff to ensure that we were all protected against the ravages of the virus.   Hopefully we will be able to build on this foundation, but this will only happen when the current Tier 2 restrictions are lifted.

The Luncheon was also a final “real” event for the Master (Sir Vivian Ramsey), who attended with the Mistress (Lady Barbara), having just completed their quarantine period following their visit to France.  The Master Elect (Arthur Seymour) and the Mistress Elect (Tina Seymour) were also present.

Whilst we have been pretty active with our virtual event programme since lock-down was initially imposed at the end of March it was good to have a real, live event where good company, good food and good wine reminded us all of just what we had been missing for half of the Company Year.