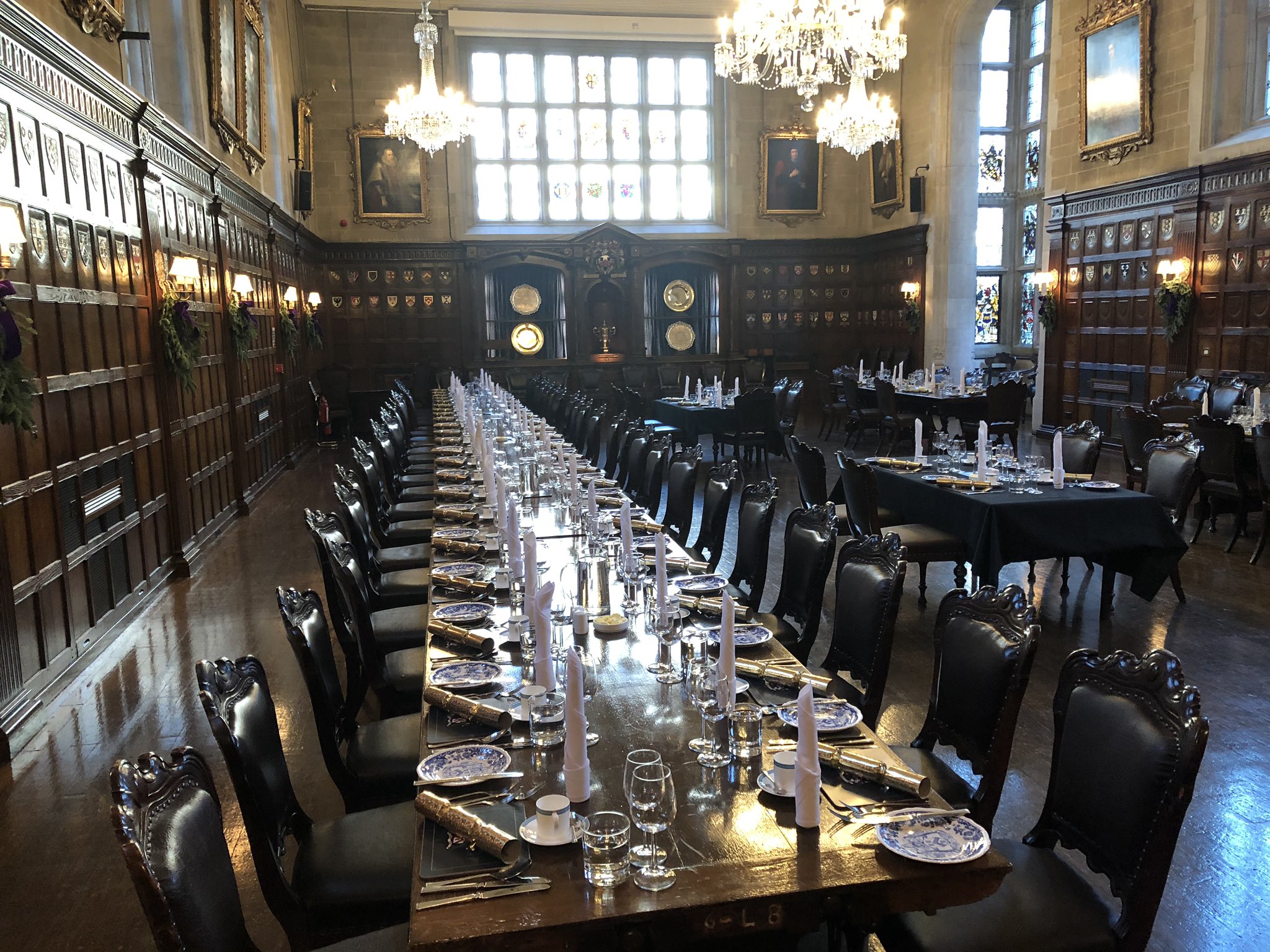 The Worshipful Company of Constructors 2019 annual Festive Lunch was held in the splendid surroundings of Ironmongers’ Hall on 2 December 2019.

In total, 44 members and their guests sat down to lunch, with many opting for the festive favourite of Turkey and all the trimmings.  The Master and Mistress were in attendance, as was the Immediate Past Master and his wife, and amongst the company were several Past Masters and members of the Merchandise and Events Committee.

Crackers were pulled, paper hats worn, silly jokes swapped, and the festive spirit pervaded throughout.  For most who attended it was their first, and probably not the last, foray into the Turkey and Trimmings this side of Christmas Day.  The general consensus was that, yet again, Ironmongers’ Hall had produced an excellent Festive meal, with options for all, including those for whom it was too early to tackle the Turkey, which this year was served from the Carvery.

The Master concluded the meal by thanking all present for attending and looking forward to the Company’s Annual Carol Service, which was to be held in St Lawrence Jewry on 12 December – a date that was set well before the General Election was announced.

Court Assistant Henry Lamb was our team captain, and organised our attendance at the first…