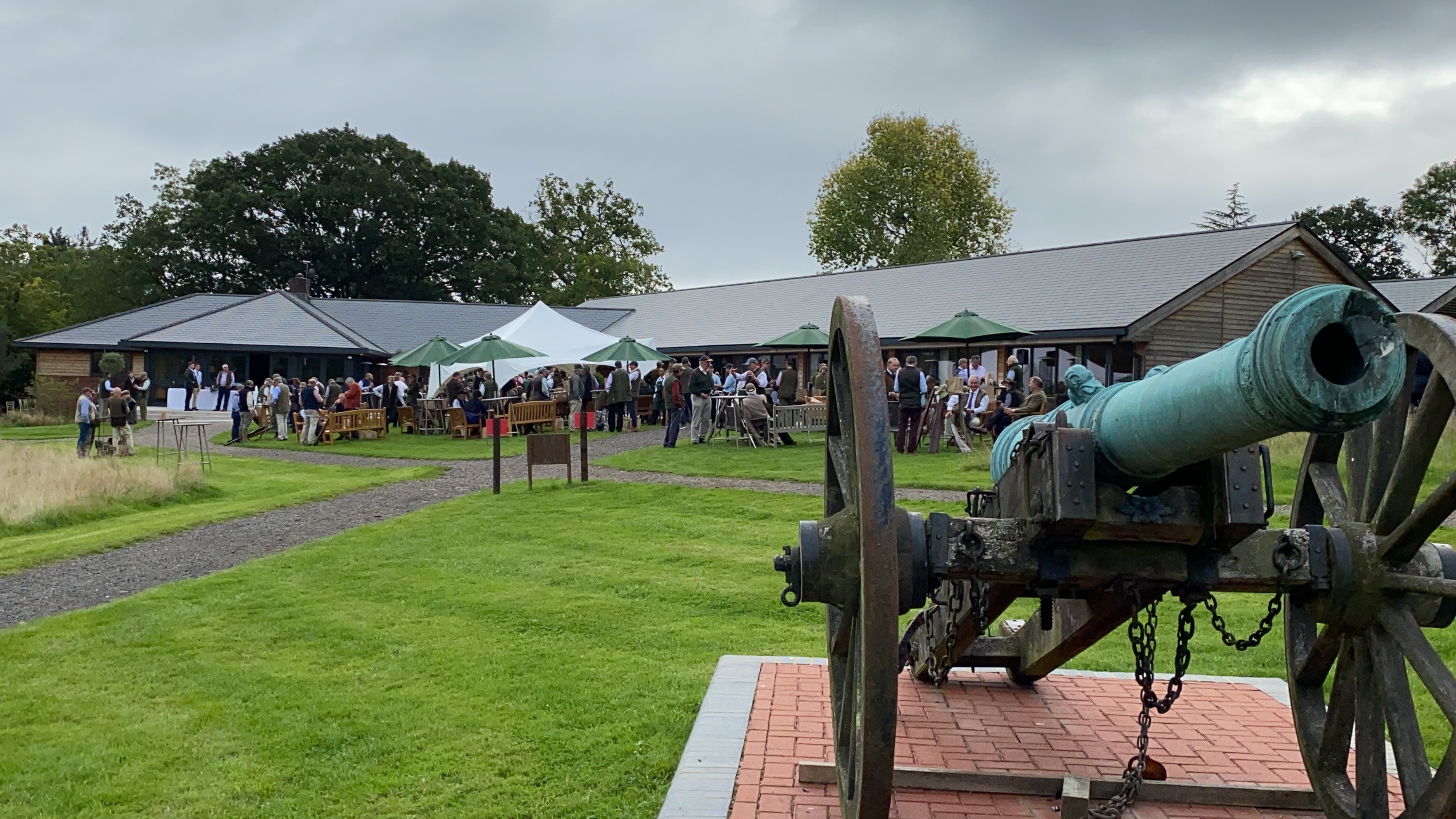 Court Assistant Henry Lamb was our team captain, and organised our attendance at the first post-lockdown real life event.  He reports as follows:

“With the onset of the Covid-19 restrictions in March, the planned date of the Inter-Livery Clay Shoot at Holland & Holland in Northwood, had to be postponed from May to September.

With only one replacement gun, due to an unwelcome board meeting clash, the Constructors sported 3 teams of four, made up of Liverymen, Freemen and in some instances their guests. This had never proved a problem previously as we’d never been any nearer the winners rostrum than 33rd equal place out of some 100+ teams over two days. A couple of years previously, the team Captain was more than happy with a joint 60th place. However, armed with an A, B & C Team, made up of seasoned guns, the odd ringer and novices, we marched forwards from breakfast on the patio of the new H&H Shooting Lodge at a more reasonable 0930hrs (usually nearer 0815) to take up our starting place at the allocated stands. 3 hours later, we had shot 10 stands of 8 birds each and a combined ‘Flush’ of 80 birds with mixed results; the Captain conclusively bagging the wooden spoon of our 12 guns.

There followed a handsome roast pork, greens, mash and apple sauce lunch in a box and soft drinks, before some returned to the stands to complete their cards. Thereafter, we retreated to the bar for the prize giving and something stronger than non-alcoholic G&T.

With the WC Gunmakers on the prowl and having taken home the silver on every mentionable occasion in the competition’s 26 year history, the Organisers, WC Environmental Cleaners, had cunningly devised a method of winning to ensure complete chance and, taking their cue from the start of the Grouse shooting season, awarded the competition team win to the 12th place. To our amazement, Constructors A came in joint 12th with the WC Lawyers and Fruiterers but alas, not having reached such heady scores before, the Captain had inadvertently placed a Guest ‘Ringer’ in the team, which prevented us from picking up a share of the £1000 prize charitable donation (which we would have handed over to the Charitable Trust of course).

What can I say? I’ll know better next time and will be sure to get some practice in before next years dates of the 12 & 13th May 2021. In defence of a lousy day’s shooting from your Captain, I would just like to mention that my prediction of our scores order matched the Teams lettering! The shooting at Holland & Holland was carried out in groups of four, disinfected at regular intervals, socially distanced and with the full approbation of the local council and Hertfordshire’s PHE representative, also prior to the ‘Rule of Six’!” In the end – this is what it is all about!

The Worshipful Company of Constructors was again represented at the annual Inter-Livery Clay Pigeon Shoot,…